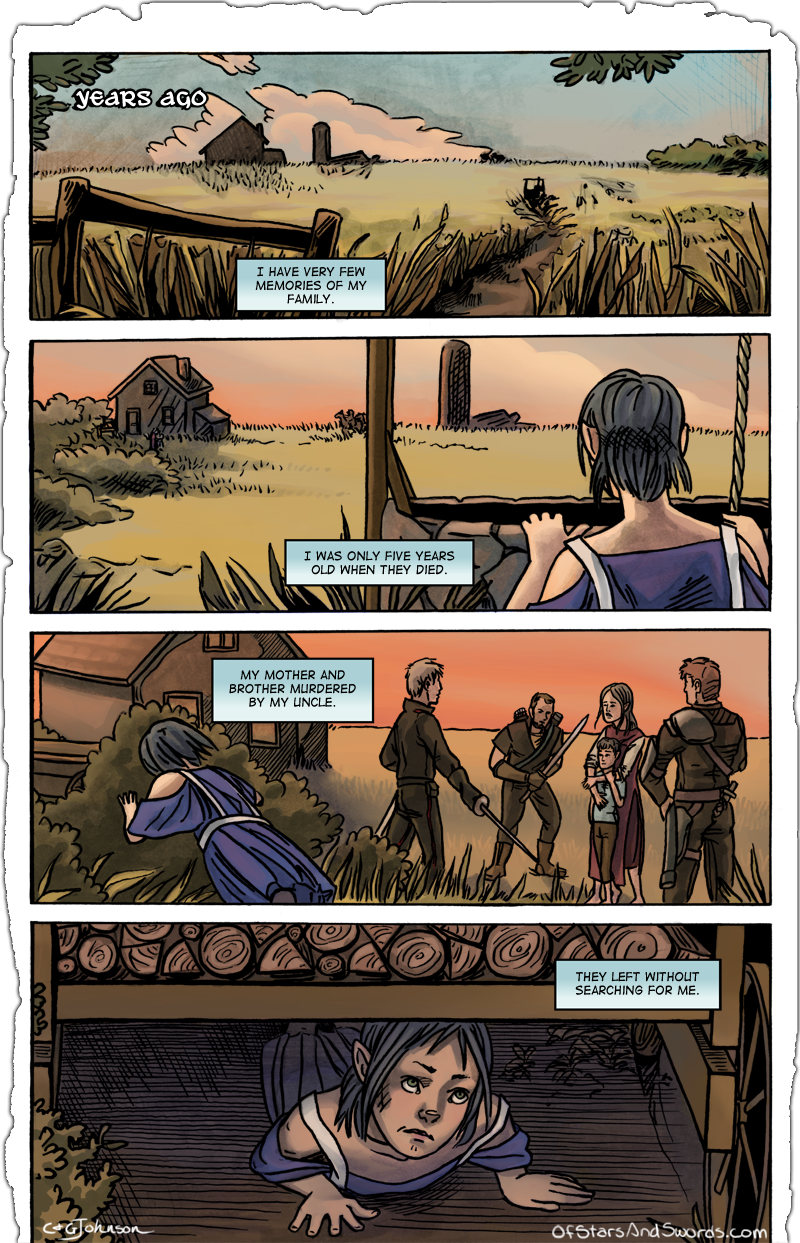 Hello and welcome to the beginning!

Over the next few months, every single Wednesday, a new page will be going live right here. Not only that, but all of the comic pages will be accompanied by a blog post. Each blog post will be a prose piece detailing more information on the world, history, characters, and even looks at scenes the comic may have simply glossed over. In addition, the prose pieces will have images of their own to accompany them!

So please, read on below this post for the first of our prose pieces.

We hope you enjoy the comic, the prose, and the rest of the site! Please check it all out, as there’s a great deal of information already up to get you started.

And finally, most importantly, if you do like what you see, please let us know and spread the good word!

On the Gods and Creation, an excerpt from the writings of High Speaker Tellos u.320

Beginnings are important. There are countless tales of how this world came to be, but is it possible to find a true origin of our world and existence in it all?

I teach disciples that the Lord of Light brought us forth in a flash of great inspiration, creating Man and Dwarf and Elf and Halfling all as aspects of His own great goodness. Other Gods may have assisted this, but as a High Speaker of the Light, my duty is towards my Lord, and that is to whom I give credit for that first creation.

Yet the men of Althea, far to the south, speak that their great lord, mighty Zeus, grew bored of the Godly Realm high on his mountain in the sky and crafted the first Man from clay. His fellow Gods soon saw this, deciding to create their own creatures and, as a multitude soon began to dominate the Godly Realm, it was decided that these new forms of life would have their own Realm, far below, but always watched over…thus, Zeus, with the assistance of his greatest craftsman, said to be the first Dwarf, built the world.

To the east, the Geb tell a story that their greatest God, Re, fought a great war with his evil brother, Set. The war raged for eons until Re, with the assistance of his youngest brother, Horus, cast Set down to the world. But Set used this banishment to corrupt the land below, creating horrible creatures as he waited to strike back. Thus, Re, Horus, and the other Gods came together to create life of their own, its sole purpose in life to defend the Heavens from the evils of the world.

The Elves of Me’enai claim to be the First Life, their God creating the world as an endless forest for His children to thrive in. But eventually, some of the First Elves grew jealous, turning to darker magics to challenge their creator, who cast them out of the forest and to far away realms. Those Cast Out continued their dark magics, eventually gaining nearly divine power of their own and creating their own life: The evil First Orcs that plagued the world long before any but the Elves and the Orcs lived.

The Dwarves of the Alorak Mountains tell a tale of their great Builder God, crafting the world from the hardest of stones, then crafting the Dwarves out of the world to be the caretakers of the great creation. They make no claims as to whether they were first, their stories seemingly unconcerned with anything not Dwarf.
The Gnomes say they are travelers from another Realm, far off and long lost. They wander eternally, always hoping to find their lost home but seemingly happy for the adopted home that was found for them by their chief god, The Great Wanderer.

The Halflings tell few tales of the creation of the world, simply saying that things are the way they are because it is best. In many ways, I find this hard to argue.

And, of course, there are countless other tales. Dark Gods that create the world to watch beings suffer, the story that this world was crafted from the body of a dead god, and even that all of the world was simply a happy accident, discovered by powerful beings we call Gods but in no way created by them.

As a younger man, when I began my learnings of the Gods beyond just those I was taught as a child, I would say that truly only the Lord of Light was our one creator, all the others simply myths. But with youth comes a desire that one knows all, and as I learned, I began to understand how little I truly did know. 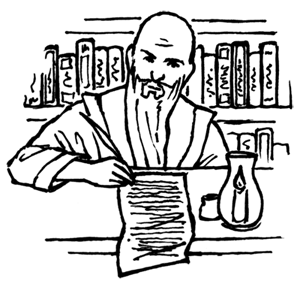 So I write this as an old man, likely not long for this world, and I ponder on the truth behind how all came to be, as old men do. I wonder now, could all of these stories be true, in some way? Living beings of all kinds are prone to arrogance; we all wish to be the center of all the world. Thus, those first Men would craft a story from truth in which they are truly correct and all others are not, so as to prove their power or dominance or whatever it is they wanted.

It is foolish to think we were noble people at the time of creation, any more than we are now. All of the diverse races that walk this land share the desire to be correct and right, to feel safe. Crafting ones myths to create that is in no way wrong or faulty, simply the nature of life.

Thus, the question: How did this all come about? Is there a true tale to be found amongst the myriad of stories told across the world?

I truly believe that there is, though I doubt it is for me to know. I shall continue to ask the Lord of Light for guidance, of which He has given me a great deal of assistance in the path, but with my age there is so little time to learn so much. Thus I will continue to write on this, so that you who follow me can perhaps learn and discover for yourself.

For one must always remember, beginnings are a delicate and important thing. Where we come from can help define who we are. Following this, of course, we must wonder if where the world comes from could tell us what, exactly, the world is. And is that, the question of purpose, not the goal of all who worship?