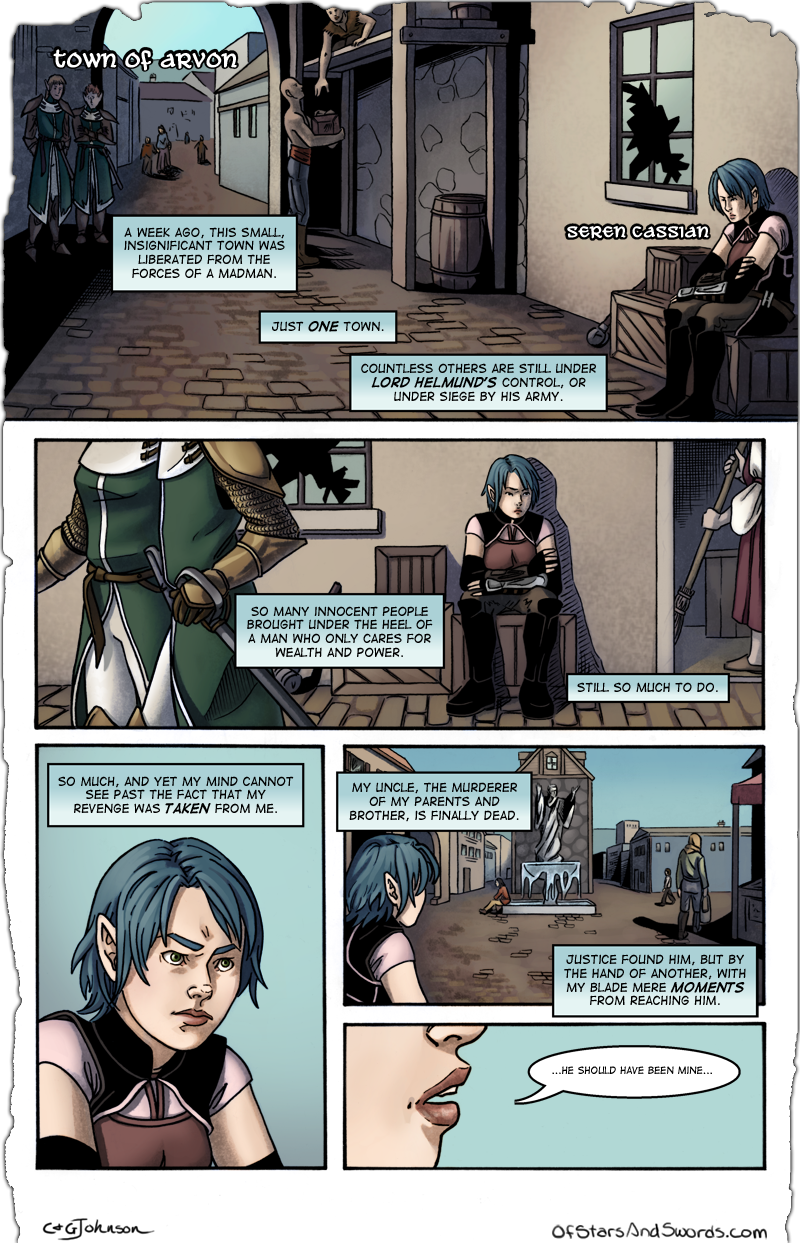 Welcome, dear readers, to the first page of Issue One! I hope you enjoyed our prologue, because now it’s time for the story to really get moving. Before today’s world-building blog post, I’ve got one more little bit of information for you.

As you may have noticed, comments are disabled all over this site. Now, that’s not because we hate feedback, it just makes for a cleaner site in our minds. But if you do have comments, questions, or something similar (preferably not insults, we can usually handle those well enough ourselves), we have a place for that! You can either use the About button over on the sidebar to find our e-mail or click on the link right under it to go to the Facebook page for Of Stars and Swords. As well as posting little tidbits of art and such there, that’s the best place for comments and all that fun stuff!

So there we go! I shall now stop typing and taking up space that would be better served by today’s post. Enjoy!

The Me’enai Advance Force, a report by the Dorae-Kos, u.1375

As we are all very busy rebuilding and securing the defenses of Arvon, I will make this brief. Our request that the kingdom of Me’enai send troops to assist us in taking back land from the Mad Lord was, thankfully, taken seriously and the Elf King sent his advance force to assist us in holding Arvon and moving forward from there.

Armies take time to assemble, we all know this. That reason, alone, is why we are so surprised by the Mad Lord’s seemingly sudden raising of an army of his own. But it would seem that Me’enai does not have the ability to work as quickly as our foe.

Though they arrived on time, a day after we took Arvon back, the Me’enai Advance Force, as they’re calling themselves, numbers barely four hundred. It was, thankfully, enough to hold back a counterattack from some of the Mad Lord’s men days ago, but that seems to be all they are capable of. 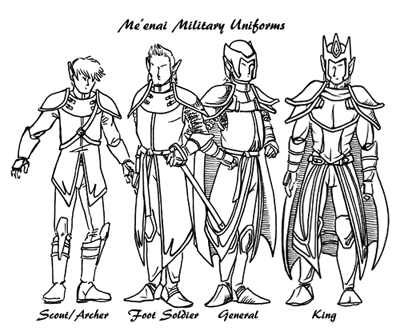 Their commander is an Elf called Celryne, and he seems the decent type. He has not fought us for power as we expected, instead quickly integrating into our leadership structure. His advisers are not so helpful, but they are quieted quickly enough, and there is much to do in rebuilding the damage done to Arvon.

But we are finding ourselves at an impasse now. We cannot sit here in Arvon. The Mad Lord’s armies march on and dig in. We were able to free this town only through the element of surprise, and it is not something we shall ever have again.

Thus, sadly, we require the Me’enai army to assist us. Though they are well trained, better than most of our own agents, this Advanced Force is refusing to move onwards. Celryne claims he has too few men to both defend Arvon from further attacks and strike out against the Mad Lord’s other holds.

And he is not wrong. Our scouts report multiple armies numbering at least twice that spread across the land, bringing it under the Mad Lord’s heel. So they wait. These well-trained Elven soldiers stand around a town that has it’s own Watch and do nothing. They make the citizens nervous, worried they have traded one conqueror for another.

We must find a way to convince Celryne that this cannot stand. We will lose this fight after only one battle. We must continue to fight back against the Mad Lord. And even though Celryne claims more soldiers will come, he cannot tell us when. He can only say they will be here eventually.

Eventually, the Mad Lord will be dug in so deep that we’ll need ten thousand soldiers to root him out. Eventually, we’ll all be dead when he burns Arvon to the ground in retribution for our victory. Eventually, I’ll sprout a bloody Dragon from my head and win this war myself.

We seem to be lucky that these Elves arrived here at all.