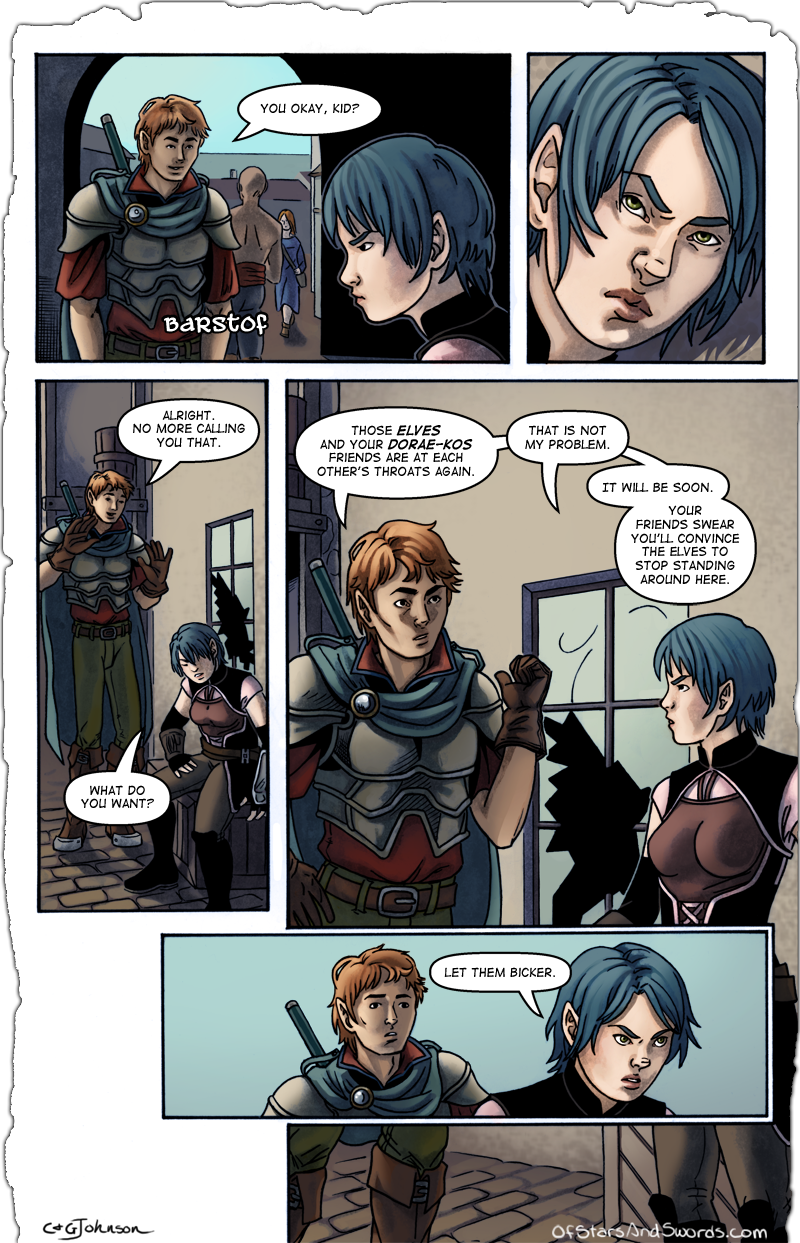 Hey everyone! Couple changes worth mentioning here for this week.

First up, if you look on the sidebar, we’ve removed the “Contact” button. Our contact e-mail has been moved over to the About page with all our other stuff (Twitter, Google+), so consider that a tiny heads up some site rearranging.

Second, and of slightly larger import, is that the nature of these blog posts will be changing as of next week. Instead of more generic, world-building posts that don’t really connect to one another, this space will be used for an ongoing story. It will be a fully prose story, with weekly installments just like the comic, and tell a different story about a different character taking place in the same world. We’ll still get world-building through it, but with the added bonus of actual plot and possibly some fun hints and characters and things you might see later in the comic, itself.

So, starting next week, you’ll be getting one page of comic art AND one page of a brand new story right below it. Hopefully you’ll enjoy it, and I promise to figure out a good way to set up a separate archive specifically for the prose in addition to the comic pages for easier reading later on.

Until next week! Thanks for reading!