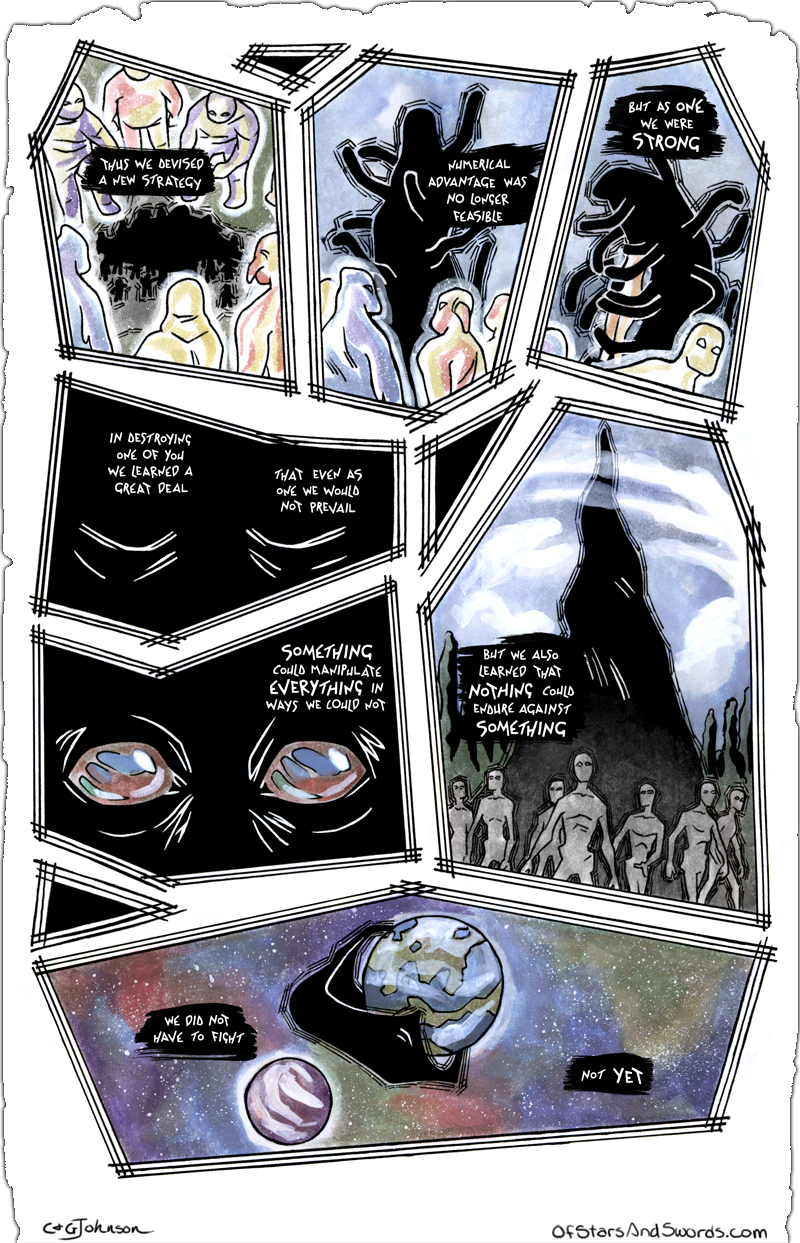 Our history continues! I don’t really have much to say about these like I usually do. We’re very proud of this short, but it also kind of speaks for itself, I’d like to think.

There’s one page of this short left for next week, and then the week after will bring Issue 5’s cover. After that, we take a break until the start of the second story arc…which does not have a date set and will not just yet, since we’re going to be doing some other short comics and we can’t say exactly how long all that will take. These won’t be Of Stars and Swords related, so it’s best to keep up with us on Twitter and Facebook for updates on all of that!

Also, Issue 5 has been sent to Comixology! No idea how long it’ll take to be processed, so it might e a little bit before it’s available, but it’s coming. The digital trade is coming soon after, but first Caroline’s doing some work touching up the coloring on the earlier issues so they fall in line with how the later issues look. The digital trade will also have some updated lettering. We won’t be updating the pages on the website with any of this, so the only way (for the moment) to get this will be when we release the trade.

And, of course, Issues 0-4 on Comixology are COMPLETELY DRM FREE! So if you’ve bought the issues there, you can now download a backup copy of the issue for reading outside of the Comixology app in PDF or CBZ form. As always, if you want to buy through our Gumroad store, that’s still an option and they continue to be DRM free as well! Issue 5 will be released not long after the cover (so, it’ll be a few weeks). We will ALSO be putting together a digital trade, which will include the short comic (Issue 5’s digital release won’t) and that will be coming out not long after.