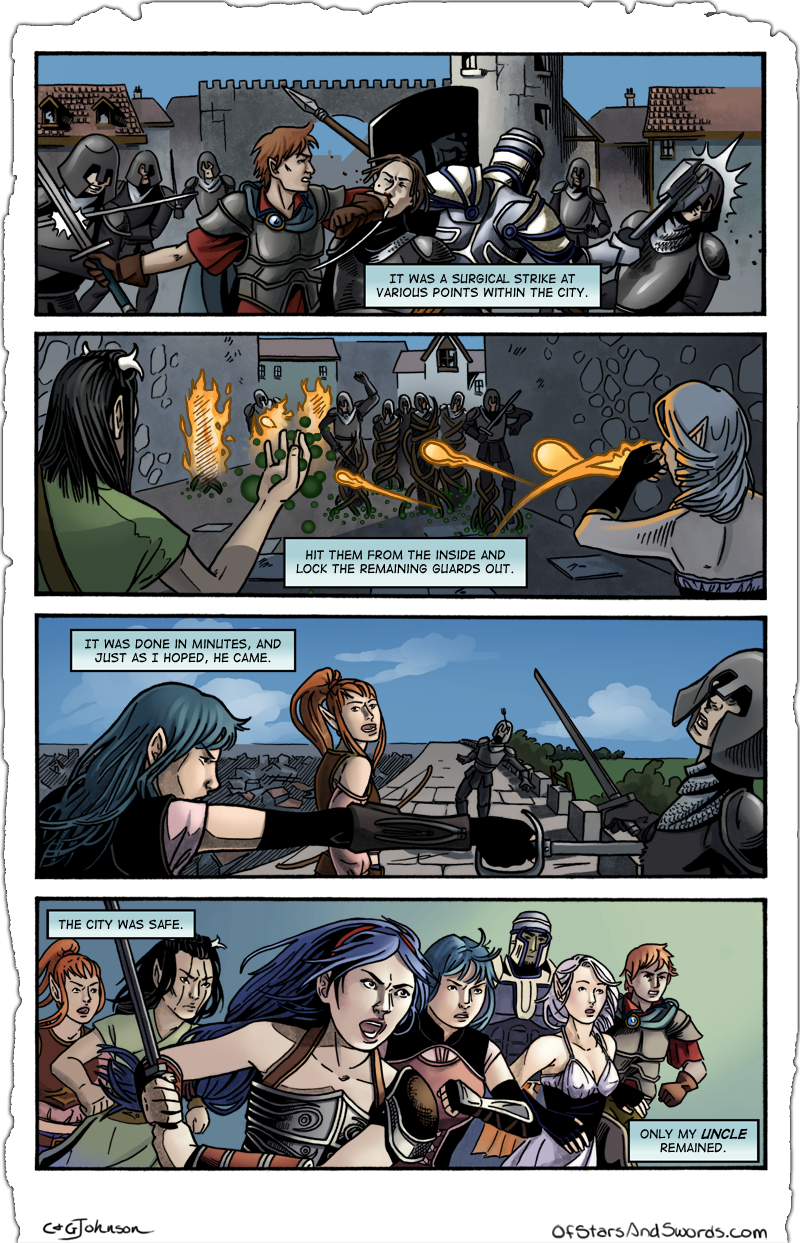 My Father’s Charges, a report by Seren to the other Dorae-Kos leaders, u.1375

The individuals that worked with my father in the early stages of Helmund’s grasping for power have survived more than I would have expected from such an odd group. On the whole, they do not understand the gravity of the situation they have put themselves in, and now they wish to join our ranks and help us to fight the very things they have had a hand in causing.

Nonetheless, our numbers are such that any half-capable help is welcome. Still, I feel it is important to provide my thoughts on these individuals, as they have all been on the front lines of this war we have been fighting. I also believe it is important to understand the weaknesses all of them bring to the table, discounting the obvious fact that they have unwittingly helped Helmund’s rise to power over the past months.

Use this information as you see fit, but it is my firm belief that we cannot blindly welcome more into our numbers without understanding the strengths and weaknesses they will add.

Aram: His hawk speaks more than he does. I must admit, I am unsure what to think of this Half-Elf, as he has kept to himself since arriving with the others. He seems capable enough, if only because he has survived so long, but his silence concerns me. I do not believe he completely comprehends what is happening to the world around him. He is a follower, which might be a hindrance if not for the fact that it should mean he will not argue with the actions we require of him.

Baldur: If there is one amongst this group that I would give respect, it is this Half-Orc. His striking appearance hides a strong mind that many would not expect from one such as him. His devotion to his god seems to provide a strength of conviction I have not seem from the others he travels with, and it clearly places him in the position of lead. In almost all aspects, he is the kind of man we always wish to find to join our ranks. Yet he holds one quality that may prove difficult to deal with. He has already shown a lack of willingness to take steps that will be necessary to bring Helmund down. His world is black and white, whereas we all know that some uncomfortable actions are always required to bring about a greater good. He will not allow this to happen without a fight. I would recommend keeping things from him, in such a situation.

Barstof: Of all the things I have learned of this man in his short time with us, the only thing I am sure of is that he is more likely to die from drunkenly falling upon his own sword than in battle. Where Aram seems to have no understanding of the depth of the fight we are involved in, Barstof laughs at it as if it is nothing at all. This would be nothing if his boasting led to any action, but he is little more than a capable fighter. Put him on the front lines with a sword and he will fight, but the last thing we want is to have a man like this anywhere near the more delicate actions we must undertake.

Chloe: She is a hard one for me to gauge, as it seems she has done her best to avoid me these past few days. I believe that she sees me only as a girl playing at fighting, which says much on its own. To underestimate an ally or an enemy is a great danger, and it is the very reason why Helmund has been able to achieve so much power so quickly. As with Barstof, she is clearly capable with the sword and it would be a waste not to use such a thing, but she will do us little good beyond that.

Marguerite: Another quiet one, I have seen little of her since the group arrived. Still, I have seen enough to make at least a basic assessment. I would say that she is the most unsuspecting of them all, slight of build and somehow always calm despite the company she keeps. Beneath it all, this Elf woman controls powerful magics. If there is one thing we lack, it is magic. We cannot waste her talent and I would rather we have ten more like her than yet another brute with a sword. I cannot, however, predict how she will act with regards to what must be done to fight Helmund. She is an unknown in that sense, but I believe her ability with magic will outweigh any other uncertainties.

Nika: I have seen so much of this one that I am prepared to lock her in a storeroom. Yes, she has some controls of the magics and her songs have kept the spirits of the men higher than should be possible, but she does not seem to understand basic concepts such as silence. This is ignoring the fact that she has followed me around like some lost animal every single day since their arrival. I believe she thinks herself some kind of older sister to me and that I require some sort of assistance. That I have not broken her nose by slamming a door onto it so far is a miracle. If she must fight with us, keep her far from me.