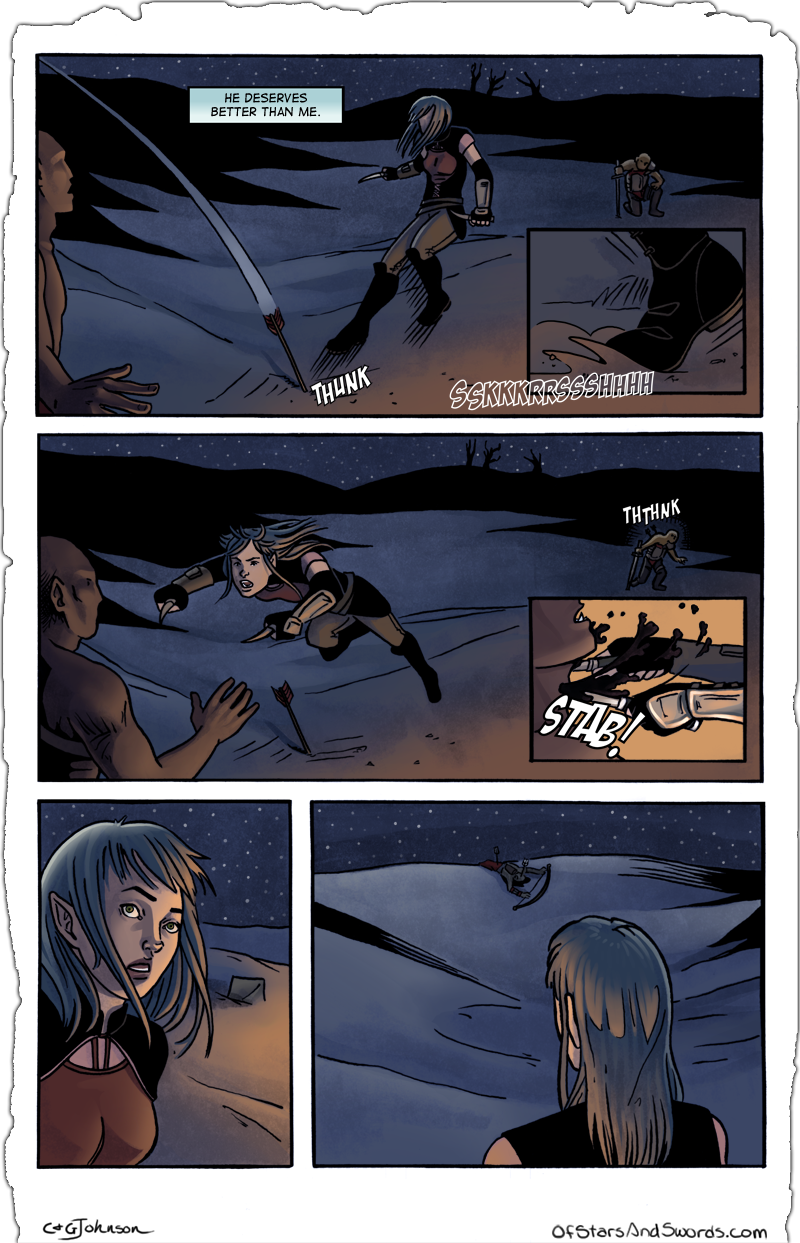 Kingdoms of Cyronell: A Brief History, from the archives of The Citadel, u.1294

Over a thousand years ago, Cyronell was reclaimed from the evils that had driven us all out. The entire continent had been ravaged and ruined, but all came together to rebuild. In time, more worldly troubles began to return to the lands. The dangers of Ancient Evils gave way to squabbles over land and power.

To the East, the Elves restructed their own kingdom with little trouble. The long-lived species was clearly happy to return to the way things were. But while Me’enai stabilized, Cyronell itself became embroiled in small wars.

The Humans that had resettled had little allegiance to one King. They were disparate, varying peoples that had only been brought together to retake their rightful home. When the War was over, the troubles began.

Generals and Warlords gathered armies around them, and eventually a group of city-states were formed. Struggles over borders and land were constant, and many of the city-states were wiped out in the initial struggles. From this early period of wars, only a few city-states survived. 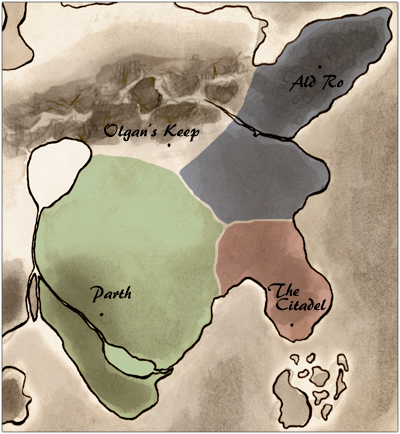 To the West, well protected on a peninsula, stood The Citadel and its outlying lands. The founders of The Citadel were both holy men and skilled warriors. Their’s was the largest army, though they were content to protect their own borders rather than expand.

Further north sat the city of Ald Ro. It was well hidden within the northern forests, protected by nature and by powerful magics. Ald Ro was the most violently aggressive of the original city-states. Despite being smaller than the other powers, their tactics and use of magic was unparalleled. Numbers were nothing when fire rained from the sky.

The third of the great city-states was Parth, located near the marshes to the south east of the continent. It’s lands stretched from the borders of Me’enai to the edge of the western ruins. Parth’s power was in its farming and trade, able to expand and grow into far more than a city due to their alliances with the Dwarves in the Alorak mountains.

But this initial group of powers lasted only a hundred years. A new man rose to the leadership of Ald Ro, known only as the Black King. He waged a great and horrible war across all of Cyronell, completely destroying Parth and driving the forces of The Citadel back behind their walls for a decade. The Black King was only defeated when the Dwarves of Olgan’s Keep marched out from their mountain fortresses and razed Ald Ro to the ground.

Years of chaos followed. Small, violent wars continued across the land as cities rose and fell again. Eventually, however, after hundreds of years of shifting allegiances and betrayals, Cyronell began to stabilize.

No one act caused this. It would seem that newer generations of rulers grew tired of watching their people die. Loose alliances became friendships and eventually, a single kingdom came together under the rulership of the Great Council, a group composed of the leaders of all the cities and powers of Cyronell.

Olgan’s Keep, home of the Dwarves outside of their mountains, became the seat of the Great Council almost immediately. Disputes were settled through negotiation and arbitration rather than war. Old grudges remained, but newer friendships and trade agreements eased them.

Today we still feel the effects of their tumultuous period. No Great Council remains to guide our lands. It was dissolved over a hundred years ago as it became unneeded in more peacful times. Cities are growing on their own again, though no wars seem to be brewing.

The only dangers left are the remnants of the old city-states. Only The Citadel still stands, though now a home to law and order rather than war. But there are noble families across the land that still trace their lineage to the leaders of Ald Ro and Parth. Pride in such a family connection is not at all uncommon, and could one day lead to renewed wars over lands lost long ago.