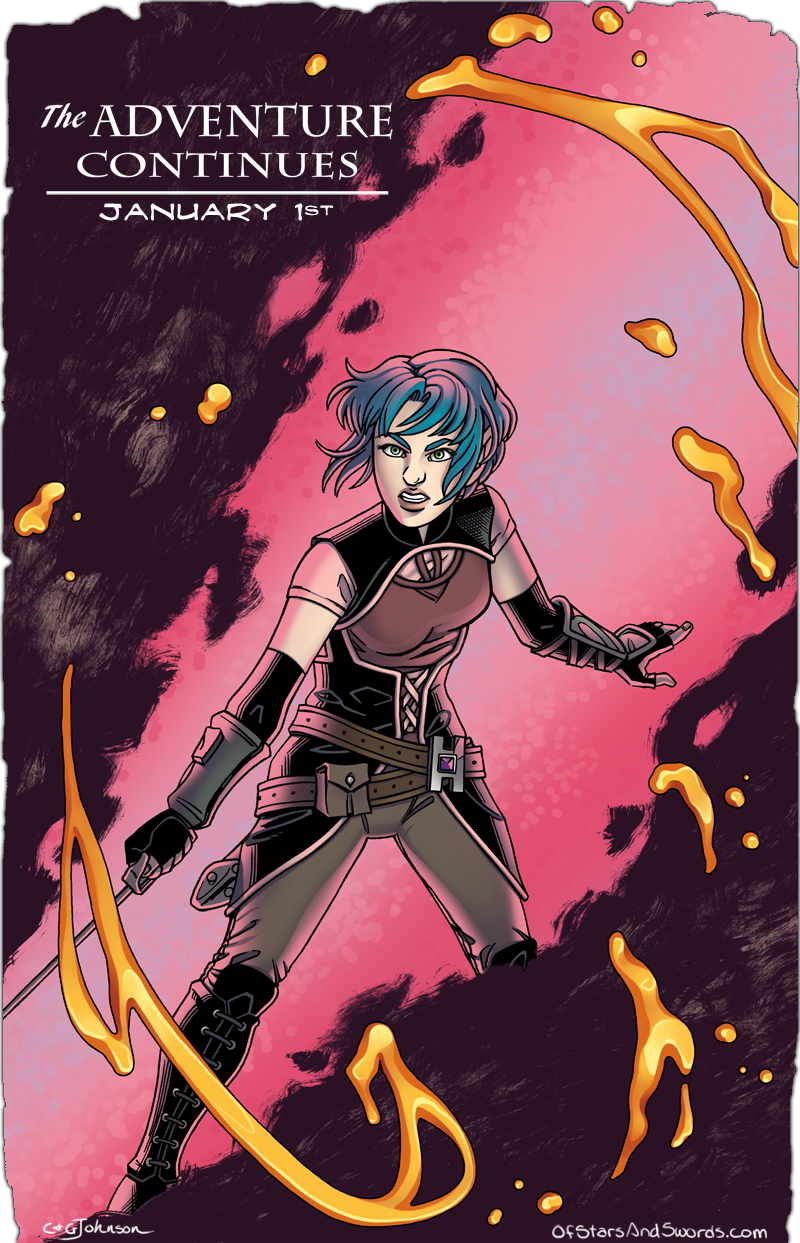 Here is the cover for Issue 4!

Remember, Of Stars and Swords will continue with Issue 5 starting January 1st, 2014! There will be updates on the Prose site between now and then, hopefully starting next week. Keep an eye on our Twitter and Facebook pages (linked over on the sidebar there) for updates.

Finally, I turn the rest of this blog post over to Caroline…

We’ve decided to participate in the Comic Creators for Freedom Fundraiser this year to raise awareness and fight child trafficking and exploitation. There are currently 27 million enslaved people worldwide- more than double the number of enslaved Africans during the trans-Atlantic slave trade. UNICEF estimates that 1.2 million children every year are sold into slavery, most of it sexual. The US Department of Justice estimates 16,000 victims of human trafficking are brought into the United States every year.

Donate and get a nice desktop background full of webcomic character yearbook pics (including Seren’s!). All proceeds benefit Love 146, an amazing organization that is already fighting world wide to end human trafficking by providing awareness, education, rescue and care.