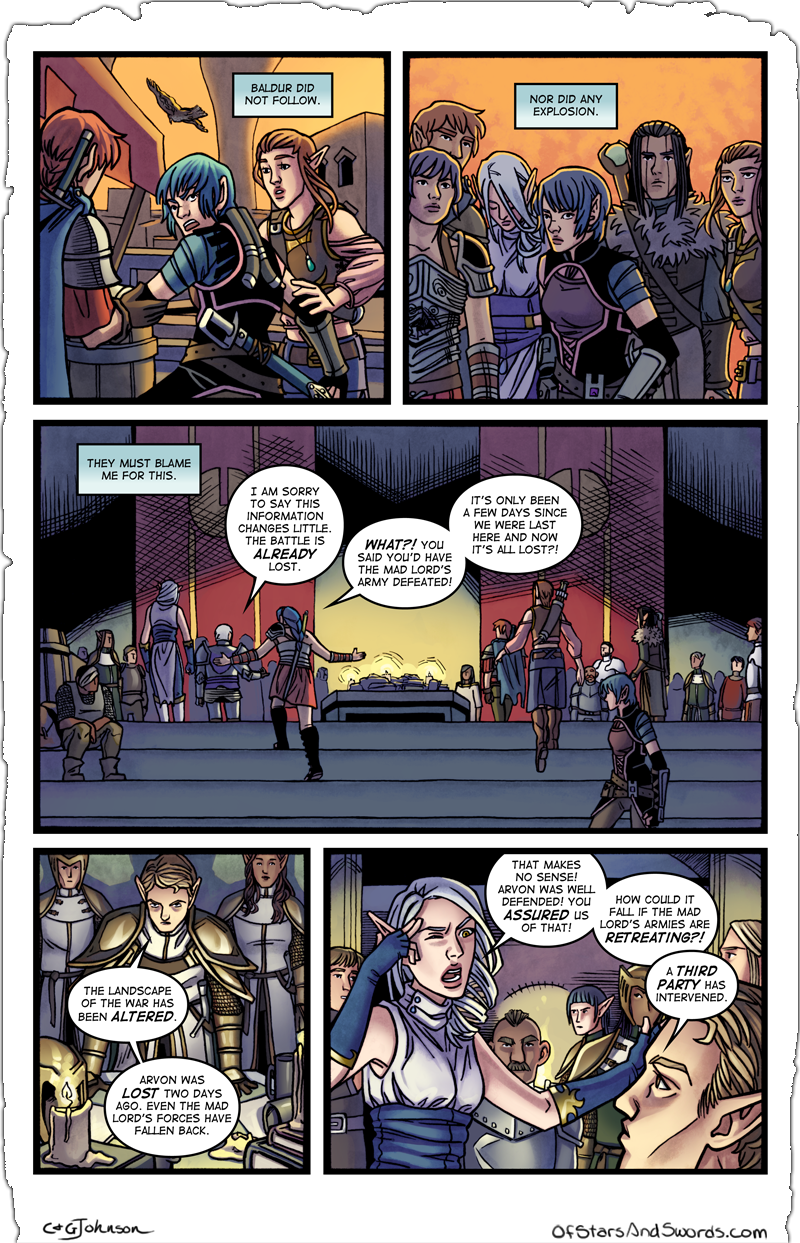 So…thinks look a bit bleak, especially compared to the last time we saw this place. But at least it seems like everything is going wrong more than just Seren and friends? That’s something, right? Sort of?

On the bright side, we get to see some character we haven’t seen in QUITE a while! In panel three there, it’s the Dwarf Commander that we last saw all the way back in Issue 2! And in panel four, we have the return of Commander Celryne from way way back at the start of Issue 1! Looks like things didn’t go well after our heroes left Arvon back at the start of this story…

Hm. There’s someone else in this page, too, it looks like. Who’s that over Celryne’s shoulder in panel four? She’s on his left and the pointy ears make it hard to tell but…how about a closer look at  Caroline’s updated sketches for all three of these characters and maybe we can figure this out? 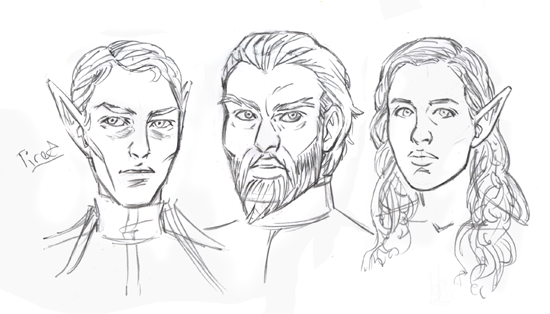 Ah ha! That’s Jules Rivera, creator of Valkyrie Squadron and Misfortune High…with pointy Elf ears! What’s she doing there? Well, she drew ME into Valkyrie Squadron not so long ago and we figured we’d return the favor. Our apologies for making you an Elf, Jules. Will we see more of her in later pages? Depends on if she kills us for this or not!

All of this timed well and is entirely coincidental, too! Because Jules is currently running a Kickstarter for the second Misfortune High book. Now, I’ve talked about this book before, and you really should go check it out and throw her your support if you can. You can even get the first book AND the new one through it. But there’s something else. We’ve signed on as an affiliate and are trying to help her out, and because of that, if you pledge at the $25 or $40 levels, you can actually get her book AND a proper actual PHYSICAL copy of the first 40 pages of Of Stars and Swords! The only other time we’ve done a print run was extremely limited and for a single convention last year! So this is a great chance to support our friend AND get an Of Stars and Swords book you can hold in your hands!

And lastly, a reminder that Of Stars and Swords Issue 4 went live on Comixology last week! That means all five completed issues are available both on their platform, optimized for tablet and phone reading, AND on our Gumroad store (over on the sidebar!) if you’re prefer to grab some DRM-free copies.