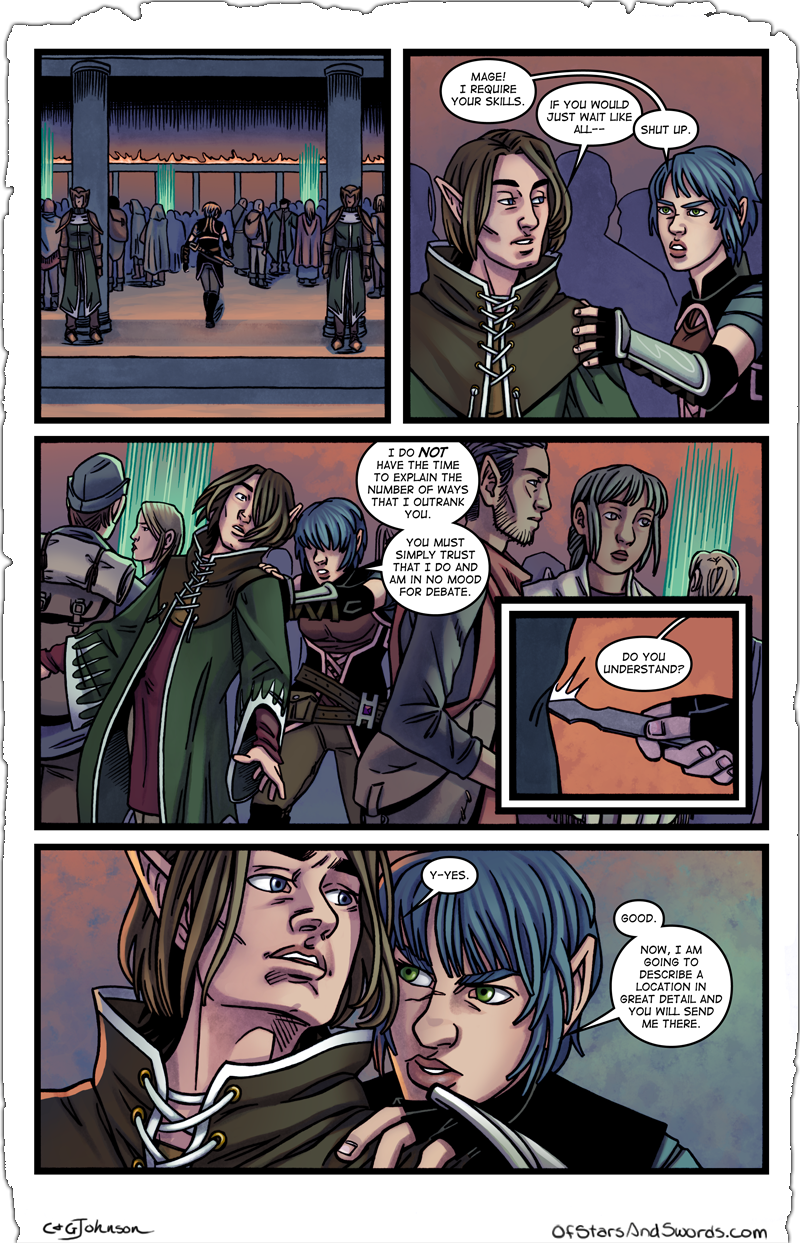 Seren is being Seren again. Or rather, being the Seren we haven’t seen since back in the first couple of issues when she wasn’t in any mood for cooperation. Though now she seems to be far more determined and dangerous. That can’t be good, right?

And we have another comic creator cameo today! The poor mage here is an Elf version of our friend Gustav Carlson, creator of the wonderful comics Backwood Folk and Eve of the Ozarks. They are both very different and very fun comics for entirely different reasons, and none of that really earned him a knife in the back from Seren, but what is he going to do about it anyway? We gave him a speaking role. No complaints! (I promise you we’re going to hear complaints from the previous cameos that didn’t get threatened with a knife, though…)

Now it’s the usual reminder that you can now get ALL of the completed Issues, 0-4, on Comixology, optimized for tablet and phone reading through their app! If you prefer a DRM-free PDF, you can get that from our Gumroad store, which is also set up on a pay what you want system (with a minimum price).