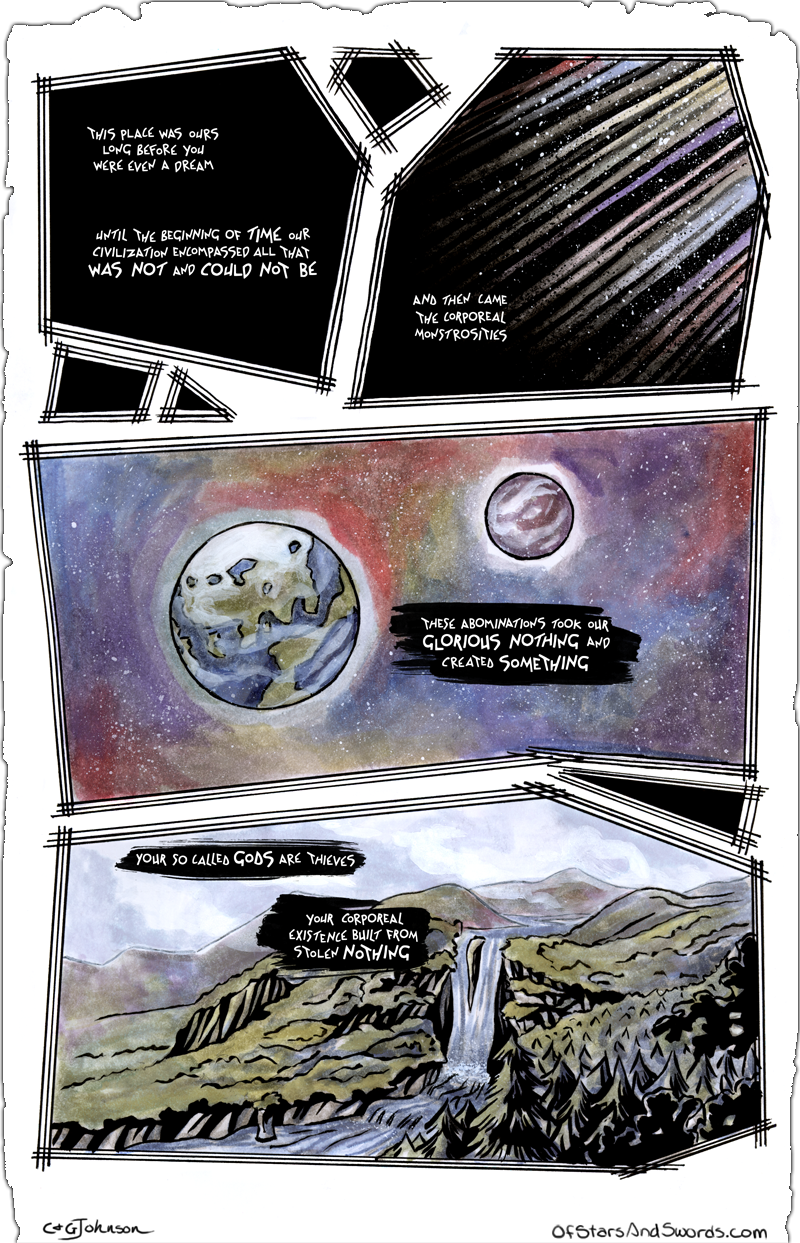 We’re back! For the next four weeks, we’ve got a special, very different short comic for you all. Not much to say on the story of it right now, so let’s move on to a couple of other things…

In regards to this short comic, the art is being done entirely traditionally! While our normal pages are penciled and inked traditionally, Caroline usually handles the color digitally. This time around, the colors are all inks! And while the lettering here is technically a font, it is a very special font, entirely built off of Caroline’s previous hand lettering previously used for our evil Ancient Ones.

Also, Cato’s story on the Prose site has updated with a new chapter. There are only a couple of updates left, at most, before that comes to a close as well.

And we’re not even done thinking about Seren. Last week, after finishing our story, I wrote a piece about the story and why things went the way they did. If you like that kind of thing, go have a read!

Finally, all of our completed comics are on Comixology. And now Issues 0-4 on Comixology are COMPLETELY DRM FREE! So if you’ve bought the issues there, you can now download a backup copy of the issue for reading outside of the Comixology app in PDF or CBZ form. As always, if you want to buy through our Gumroad store, that’s still an option and they continue to be DRM free as well! Issue 5 will be released not long after the cover (so, it’ll be a few weeks). We will ALSO be putting together a digital trade, which will include the short comic (Issue 5’s digital release won’t) and that will be coming out not long after.