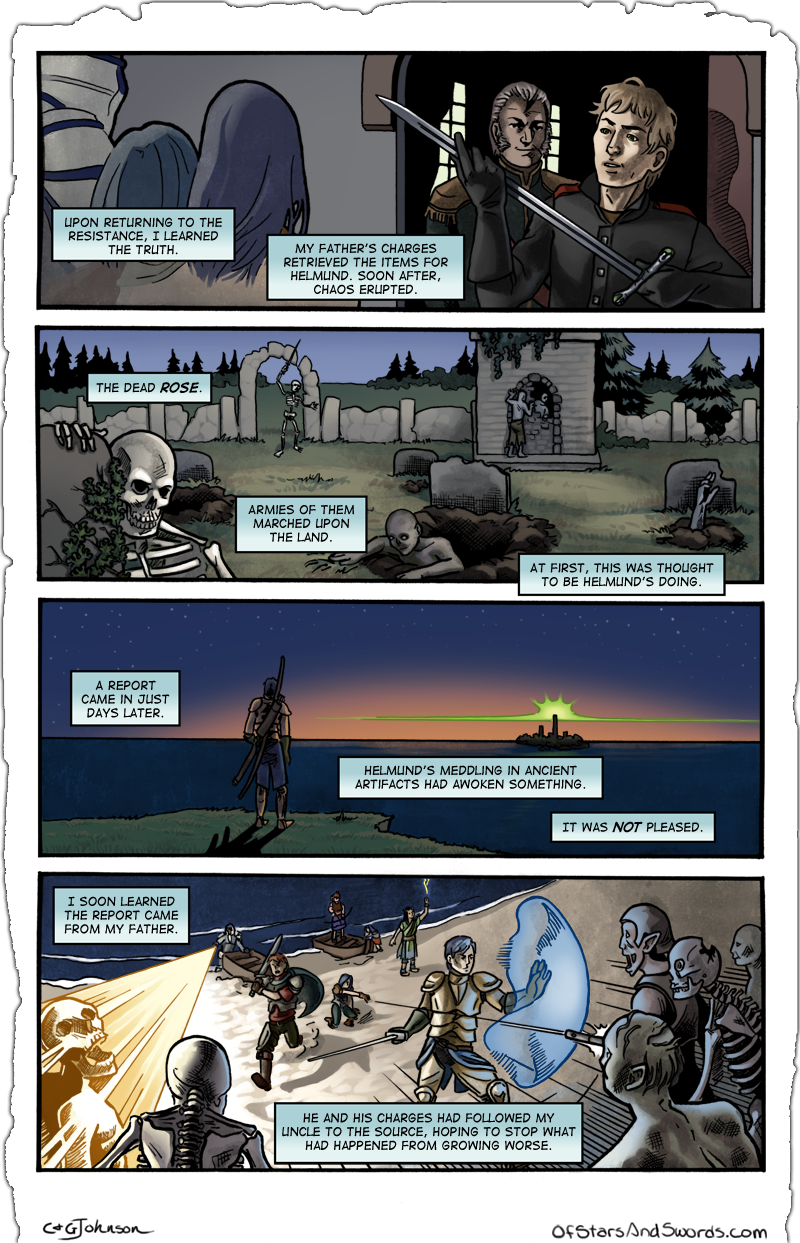 I must apologize in advance for the abruptness of this letter. Events are such that there is little time to explain, but you are the only ones left to prepare for what is coming.

You know that Lord Helmund has hunted ancient relics for some time now, though I do not know how much of his plan you have learned. I will lay out here what I can. I had hoped to use a group of proactive agents to intercept these relics, working under him and then quickly spiriting the items away before he could get his hands on them.

However, this plan has failed. My charges have returned the items to him, hoping to discover the plan for themselves. I was unable to prevent this, and when the dead began to rise from the ground I assumed it was part of Helmund’s plan.

From a distance, I watched the manor being built into a fortress. He was nervous. Worried, even. And then the undead began to attack him. This had not been in his plan, but something he had done brought this great evil to life once more.

My brother, Helmund’s chief lieutenant, was sent to the long-abandoned Darklight Isle to investigate. As I watched him go, I began to suspect that their plan had only been delayed. Darklight Isle has been said to be the seat of a long-dead civilization, and since the dead began to march across our land, an eerie glow has been visible from across the water. There is great power there. Power that men like my brother and Lord Helmund cannot possess.

Thus, I shall correct my previous failings. I shall gather my charges together once more and we will follow my brother. I shall do my best to put a stop to my brother on that island and right this wrong. Meanwhile, I ask two things of you.

First, protect Cyronell. You are small in number, but that is also your greatest asset. Help the smaller towns and villages across the land to keep the undead hordes back. The larger cities can remain safely behind their walls, but too many settlements will need your help. It is time to stop hiding in the darkness and for you all to step out into the light and do what you dream of.

Second, please do not inform my daughter of my actions until we have succeeded. I can promise that I will return immediately once we have ended this threat, but there is simply not time for us to fill in the past now. She will understand.

Thank you for giving her a place in the world where I could not.