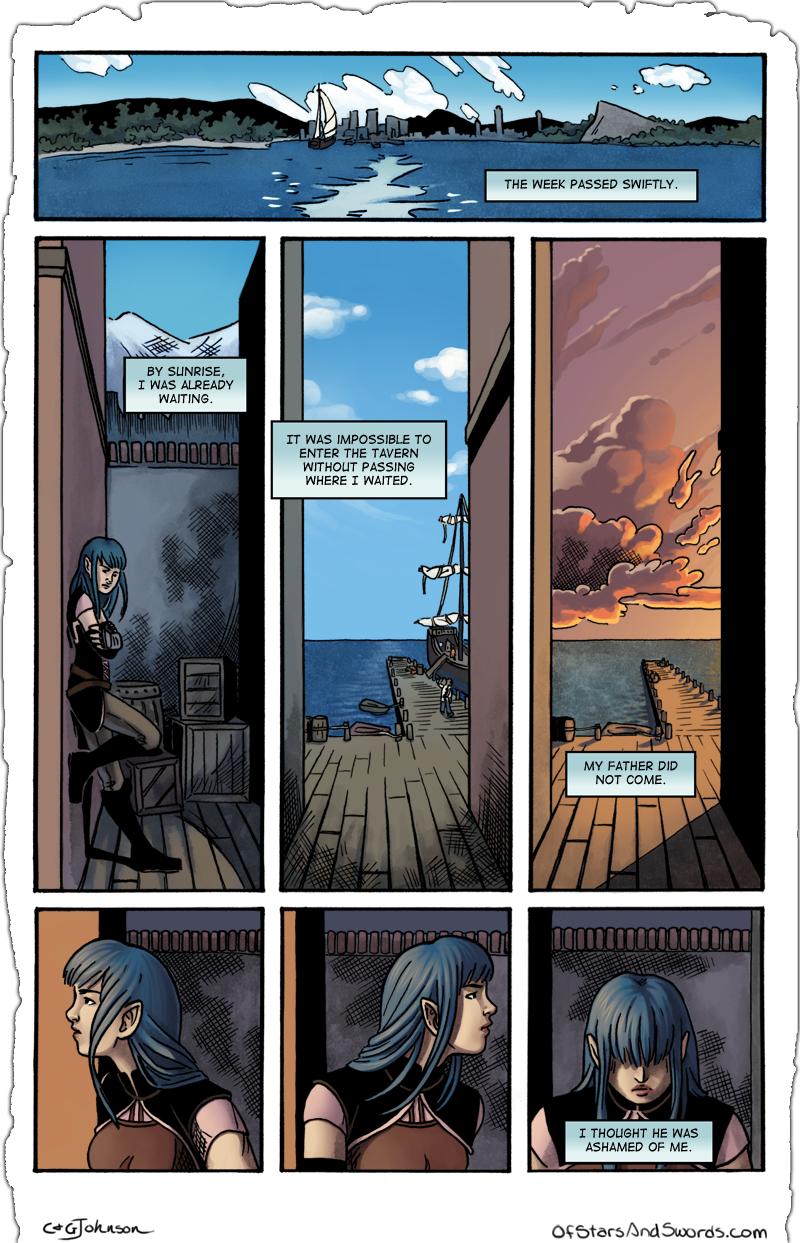 Report on Trien, a message intercepted from the Mad Lord’s agents by the Dorae’Kos, u.1375

I will be blunt, Trien is ripe for the taking.

The city’s leadership is as divided as expected. The port city thinks that it’s greatest strength is its Council, but our findings reveal it to be the greatest weakness. 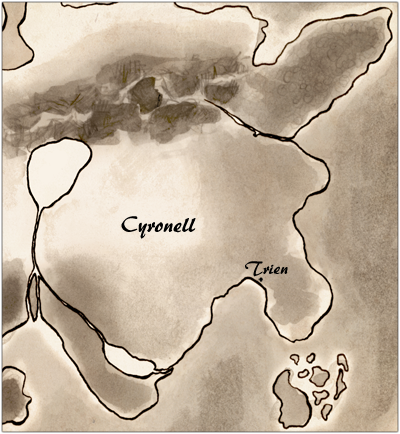 The Council is made up of numerous leaders of the different powers of Trien. Guild leaders, high ranking members of the various churches, noble families, and certain powerful ship captains. As Trien is the largest port in Cyronell, the high traffic through the docks and the other districts is enough to create a constantly changing landscape of power and influence. The docks are never controlled by only one power, and everything revolves around who has more influence there. Goods are smuggled in almost more often than brought in legally.

This is our way in. The chief concern of all in the Council is gold. The gold flows from the docks. Anytime expensive goods or a wealthy traveler comes in, there is a sudden scramble for them. Bidding wars are daily troubles, and with gold we can beat them. One need only ship in the right good, rare enough to cause a fight between the powers. Choose a side, and after we have their trust, funnel them money to grow more powerful.

A single person on the Council gaining more gold than the rest would destabilize it all. It may seem surprising, but it truly is that fragile. Jealousy is rife in the Council, and if one member were to gain a suddenly large amount of gold and, say, soldiers to protect it, the others would immediately attempt to do the same. In days, we could have them all in our pockets, playing them against one another until the time is right.

There is but one possible problem in this plan. Trien is the only city in Cyronell with an openly operating Thieves’ Guild. They have hands in everything, and a vested interest in keeping the power struggle as even as possible. They clearly make more gold than anyone on the Council, and rumors tell of more than one Council member actually being high ranking members in the Thieves’ Guild.

The reason this could present a problem is that they have as many resources within the city as we do, while already being established and ready. Any attempt to break the balance of Trien’s Council would be countered by the Thieves’ Guild attempting to do what they do best and, essentially, holding the peace.

Thus, I recommend this course of action. First, we must either infiltrate and take over the Thieves’ Guild from within or have the Guild eliminated through more direct methods. I would recommend the latter, as it would further destabilize the city and take far less time. Second, choose a side to back on the Council and grow their power, while quietly hinting at doing the same for others until the entire city devolves into fighting.

I will, of course, remain within Trien awaiting your command.