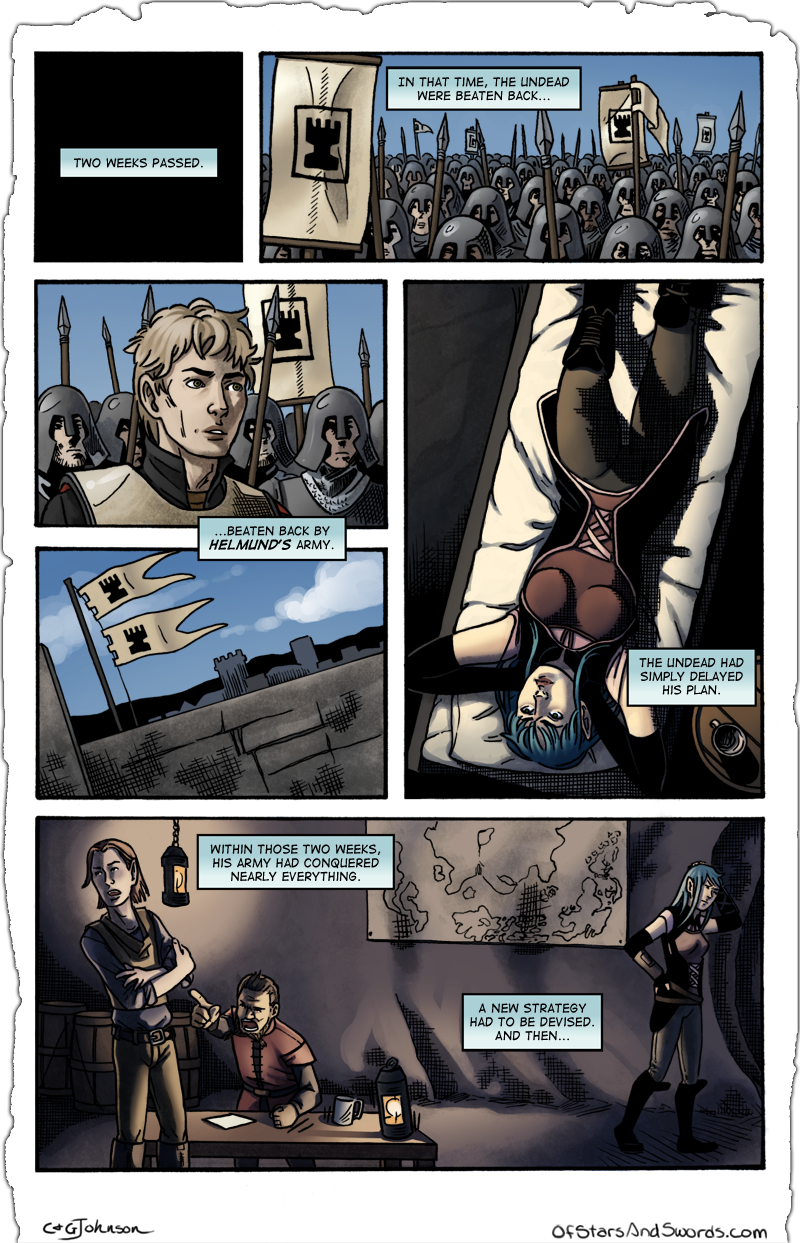 Letter from a Dorae-Kos agent to their leaders, u.1375

The undead hordes have begun to move north through the land and, as you know, only towns with strong walls have held them back. I have been able to cautiously make my way past the main force, if that is the right word for such a disorganized group, and have discovered something I had not expected.

Just beyond the mass of undead, as I neared the farmlands that lead to the southern coast, I found a walled encampment that was on no map. Spying it from a distance, I watched commoners enter under the guidance of men in armor.

They flew a flag I have never seen. A black tower on a cream banner.

Carefully, I investigated the camp and found them to be an advance force meant to destroy the undead. But I could find no information on who these men were, and they claimed to be an army of greater number than just the refugee camp held.

I moved south, unsure of what I would find. There was no sign of the undead at all, save for still-destroyed villages and farms that pocketed the land. No bodies remained, and most of the houses I found were already looted or otherwise emptied.

I am sure the undead would not simply move in a line north and ignore what was behind them. They seemed countless and to be everywhere. I knew there had to be more, so I continued south.

Two days ago I found the source of this new army. The man you wished me to watch these past months, Lord Helmund. His manor flies the same banner. Outside it there are barracks and men working at all times of the day to build- to build an army, I believe. Groups of soldiers leave constantly, moving in large contingents and always north.

I hope that this letter reaches you soon, as I worry what these new actions could mean. Undead are one thing. With time and numbers, they will be defeated. But this is new. This is an army, and seemingly endless in number.

I believe this Lord is preparing to make a play for power while the realm is unstable.

I shall endeavor to learn more and will inform you in the usual manner as soon as I can. I must also request that you send more agents south. I cannot do this alone and fear for my life.