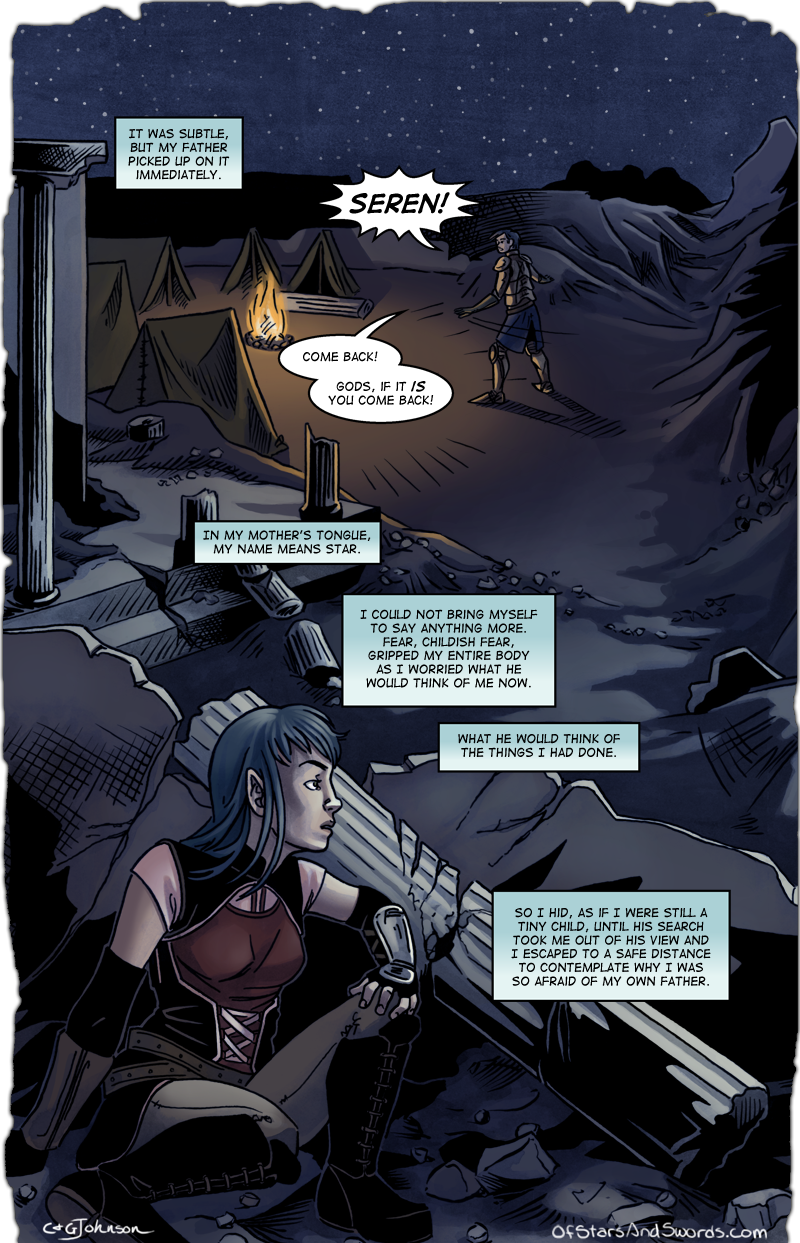 Ancient Treasures and Hidden Riches, a piece from a journal by an unnamed author, u.1264

We all want it and every idiot thinks they can tell you how to get the most while stealing from your pocket while you’re distracted.

But not me, no. No, I’m gonna give you, whoever you are, the big secret. I ain’t doing this out of some kindness or nothing. You get old, you want to pass what you know on and it’s hard to do with no family so you write it down best you can. Don’t think I’d write this if I was young and you’d be competition. But nah, I’ll be gone soon and might as well teach you young kids how to get things done proper.

Alright. So. You want coin, here’s what you don’t do. Setting up some shop where you sell shit swords and badly made armors ain’t going to do you nothing but get you killed when some poor sod actually lives through an attack wearing your mechandise and comes back to kill you for telling him that armor would hold up against the Gods themselves. Chances are he finds out the hard way it won’t, and even a bad sword can get you killed.

No, you gotta be on the other end. The real money, the real treasure, it’s out there in the middle of no where and under the earth itself. So get yourself a weapon and some protection and, most importantly, a damned map. Always take a map. Don’t take a map and you’ll walk off the damned edge of the world and be too stupid to realize it. And none of your competition’ll have maps ’cause they’ll think they’re too smart for it. So there you go, advantage number one: You know where you’re going and some other idiot after what you’re after don’t.

So once you got your map and your protection you’re gonna have to dive into some dangerous places. That’s okay. That’s the fun of it all. If there were no monsters out to kill ya, the coin you find wouldn’t feel so damn good. Hell, the coin wouldn’t even be there in the first place because some guy woulda taken it a hundred years ago since there’d have been no damned monsters to kill him either and he has an advantage of being born long before your sorry self.

Tombs, barrows, old temples, new temples of Gods you don’t mind pissing off, old castles, whatever it is…those are your targets. If there’s one thing true in this world, it’s that people living hundreds of years before you and I liked to make some damn nice weapons, armor, and shiny, magical things that people today will pay far more gold for than it really is worth. So you take advantage of that.

Skeleton of a king still in his tomb starin’ at you with some color-changin’ armor and a sword that’s freezin’ his old bones? Yeah. That’s what you want. You get that stuff right off his damn corpse because he’s dead and he sure as shit don’t need it anymore. Course, be prepared for that dead body to stand up and try to swing that sword at you. Just one of those risks of it all. You just kill him again and then take his stuff. Otherwise you’re dead and, well, nothin’ more to say there.

But see, that’s the old gold mine right there. No, not dyin’ you dumb kid. I know you was thinkin’ that ’cause all kids like to try to be smart instead think shit through. No, see, the treasure trove ain’t always in the dead kings and that lot. There’s an even bigger one in the poor sods that went before you and got their dumb selves killed.

I promise you that if you head into a tomb that ain’t sealed you’ll find at least one dead guy that’s tryin’ to do exactly what you are. You find that body and you got some choices to make. First, you search that corpse because he mighta died gettin’ out and could still have something good on him. Hell, might have coin anyway. But then you got to decide how the guy got himself killed.

If you see a body with just one good cut on him from an old sword, it might be safe to see what else is in. But kid, you ever see a corpse with big bite marks, scorch marks, limbs all around, and eyes wide still starin’ at you in fear…turnin’ right around ain’t a bad move at all. There’s takin’ risks and then there’s just bein’ plain stupid.