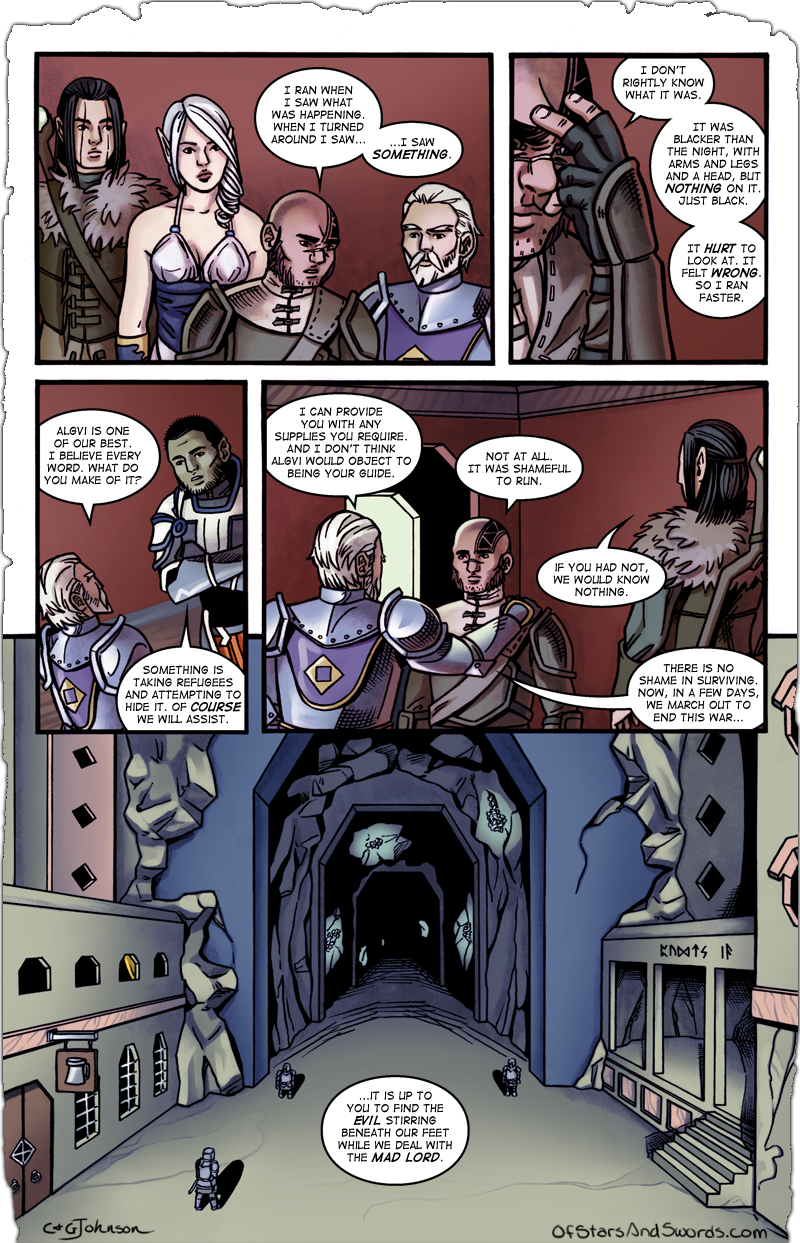 And that, my friends, is the end of Issue 2 for Of Stars and Swords!

We’re going to be taking a two week break from the comic, but only sort of. Next Wednesday, we’ll have a nice cover image for you like we did between Issues 1 and 2, and the week of New Year’s things will be quiet as we’ll try to get ahead for the start of Issue 3, which will hit on January 9th!

The Prose site has also updated and will be taking a two week break as well. But now might be the time to start catching up!

So what are these creatures we’re hearing about? Have we seen them before? Maybe in some other small way? Or maybe not! And you know, it’s been a few pages since we’ve seen what Seren is up to…I wonder if things are going to get crazier over that way?