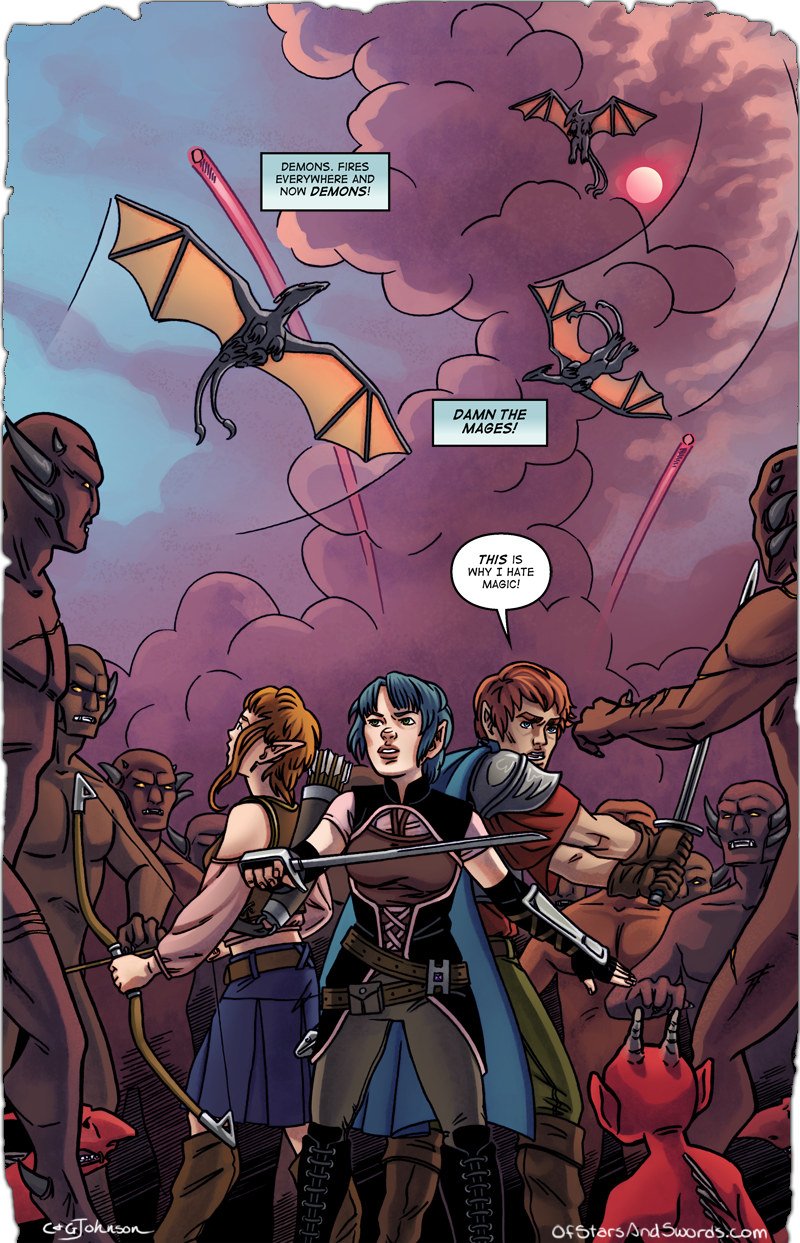 And here we are at the end of Issue 3 and things are looking Pretty Bad.  So yes. Spells go wrong and then Demons. What could have caused this, though? And was there perhaps a little hint a few pages ago?

You won’t find out for a few weeks, sadly, as we’re going to be taking some time off to get ahead on Issue 4 and actually breathe a little bit. I mentioned it last week, but here’s a rundown of the schedule again: Next week there will be no update on the site. The week after the cover for Issue 3 will go up. After that, another off week. Then, on June 26th, Issue 4 will begin!

In the meantime, we’ve got some sketches and design work that will go up on the art blog over the next few weeks, as well as updates to the Prose story (which we also have a Comic Rocket page for, to easily follow updates)!

The best way to keep up with everything, or send any feedback you have, is to follow us on Twitter or Facebook. We’ll be keeping those very updated with everything new during the next few weeks. And there’s a possibility of something else very nice happening during the time that I won’t say anything more on until I have actual details, so keep your eyes open and we’ll be back to story pages before you know it!