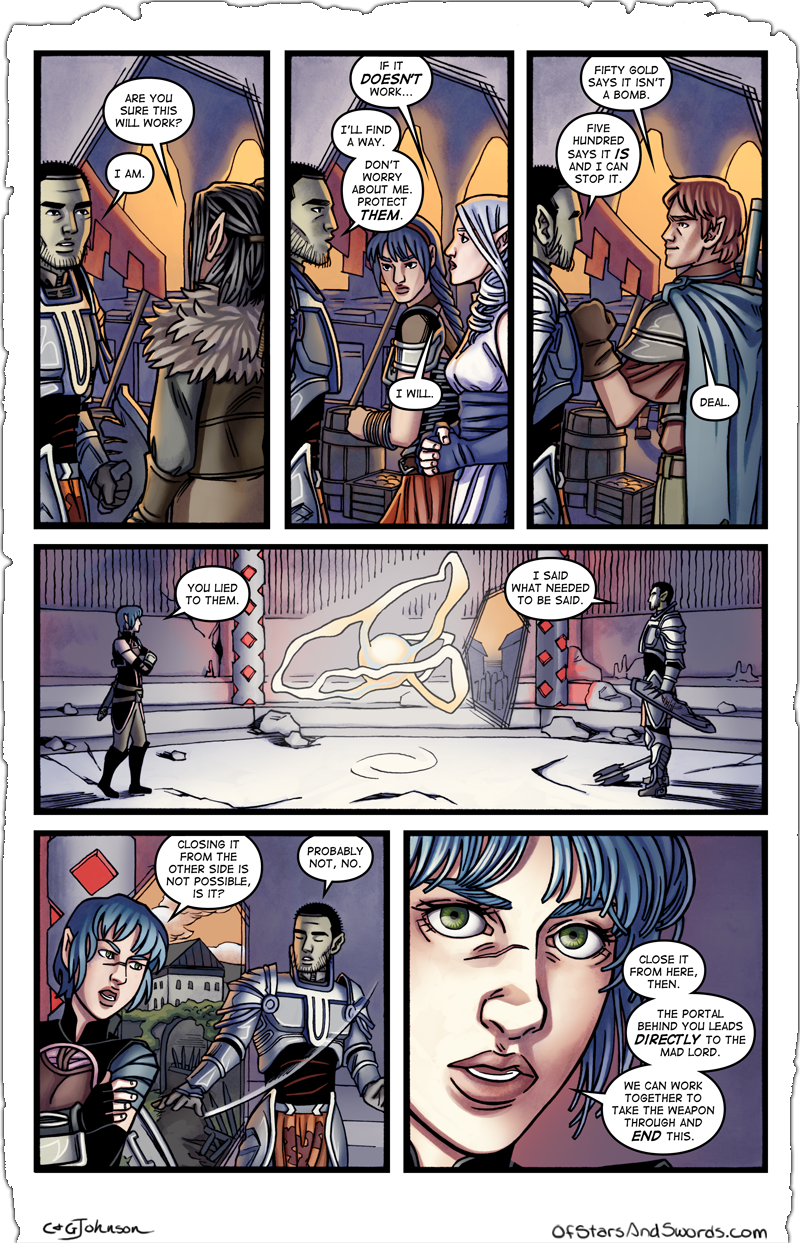 And it looks like Baldur continues to have a handle on things. In a way. But hey, Seren at least knows what up and seems to have a plan. A crazy plan, probably, but a plan! They probably need to act quickly, though, because that thing is starting to look even more dangerous.

Last week, there wasn’t a page, but a couple of other things updated! First, Cato’s story on the Prose site got a new update. As with the comic, the Prose story is coming to its own conclusion at about the same time! More updates soon, as well!

We also put up some character concept art on the art blog! Have a look at some people to come in the future of the comic! And hey, if you read the Prose story, you might just know who they are…

And as always, if you’d like to catch up on the comic, or just have the comic in non-web form/throw some money our way, Issues 0-3 are available on Comixology. Issue 4 has been submitted to Comixology as well, but it may be in the pipeline for a bit, so it’s currently only available on our Gumroad store, completely DRM-free along with all the other issues!