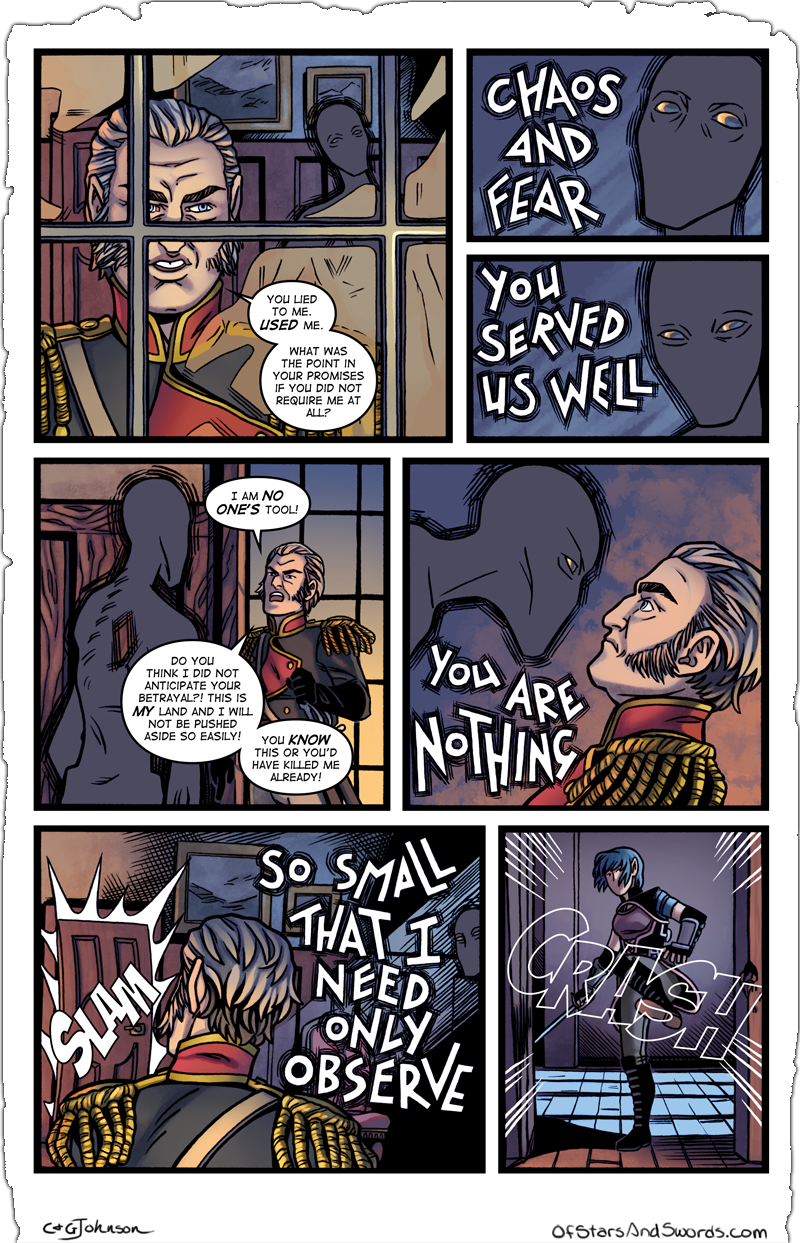 Seren was right about one thing. These strange ancient creatures were working with the Mad Lord. In a sense. Looks like he got the bad end of the deal, though. Plus, they’re jerks to the Mad Lord as much as they’ve been to everyone so far. And speaking of Seren, she’s certainly in a mood…

We haven’t really seen much of the Mad Lord at all in the comic. A lot of talking about him, of course, but his only appearances were both back in Issue 0. If you’re curious, he can be found on Page 5 and Page 15 of Issue 0, but that’s it! Not counting covers, this is page 119…so Caroline put together a proper design sketch for him. Go check it out on the art blog!

Also! We will be at HeroesCon in June! We won’t have a table, but we’ll be wandering around meeting people and doing general con things. We’re going to have OSAS flyers as well as some special ashcan comics composed of a couple of scenes from the various issues. So even though we won’t have a table, we’ll be around to say hello in the crowds!

Finally, the usual reminder that we’re now only EIGHT pages away from the end of the story arc, and catching up is easy! The sidebar buttons that link to the start of each issues, so it’s easy to jump to where you need to be if you’ve started reading from somewhere else or just want to keep your place! Also,  you can get ALL of the completed Issues, 0-4, on Comixology, optimized for tablet and phone reading through their app! If you prefer a DRM-free PDF, you can get that from our Gumroad store, which is also set up on a pay what you want system (with a minimum price).